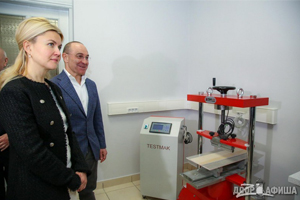 Svetlichnaya at the opening of the Laboratory Center at the University of Urban Economy. On February 27, the Governor of the Kharkiv region got acquainted with the work of a unique center where specialists in the manufacture of ceramics will be trained. 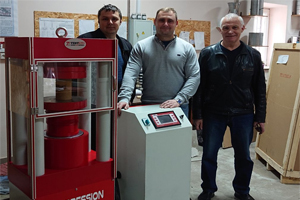 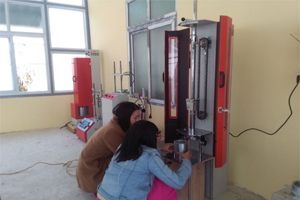 Our Distributor's
Training for Students 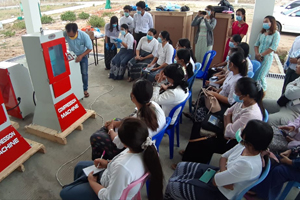 Snapshots from the training given to university students for automatic concrete compression test machines of our distributor. 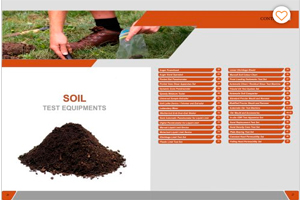 You can easily access the catalogs of all our products here.

DISCOVER TO OUR PRODUCTS 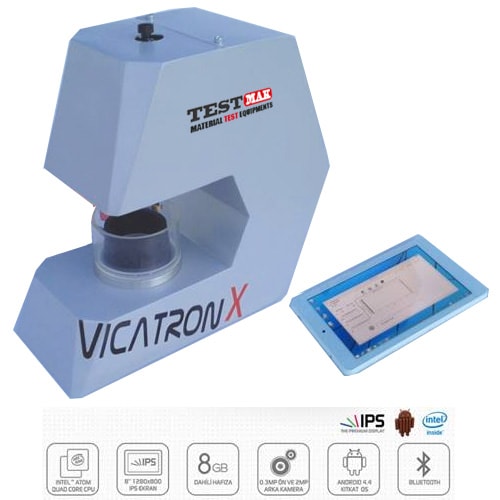 The TESTMAK Automatic Vicat Test Apparatus (VICATRONX) is used for the determination of the setting time and consistency of cement by Vicat Method. The entire test is automatically gives precise and repeatable results. Results are recorded on a built-in printer. This can eliminate graph paper loading and reset requirements of the cylinder. Automatic Vicat apparatus Tallinn to use, easy menus in several languages has become easy.
Display:
Large, very bright and high-resolution LCD display, test data can be seen by the general functions simultaneously. Test charts can be displayed in real time, it is to replace the boot process with a pencil on paper. The clock and calendar device to program the test loop is also available.
Software:
Device, EN 196/3, AST C191 is programmed to automatically done the test to be performed according to AASHTO T131 standards. special menus available in the original software “free tests - free experiments” using improved more programs. This feature is very useful for advanced and flexible experiments on new charges and additives.
Timer 0 - 999 minutes. The software allows programming of the delay time before starting the experiment. This feature, when mortar approximate freezing time between known and to get a better measurement results to set the frequency of penetration short period of time is useful when prompted.
Probes:
Mobile penultimate weight of 300 g (1000 g to EN standards), and the penetration of the needle 1.13 mm (1 mm to ASTM standard) and the diameter can be programmed to free fall or guided fall.
possible total flexibility in timing. Penetration times over the course of freezing securing changes penetration, from 0.5 minutes to 999 minutes (constant interval between the two penetration) or automatically changed to 5 different phases at different intervals during the test. Two options described above may be combined. Penetration measuring accuracy of 0.1 mm with sensitive updates can be read by means of an encoder.
Automatic Vicat device also calculates the following displays and writes
• Operator tarafınca determined after the sample separation time
• Test start time
• When the remaining time for the next penetration
• Test the end of the rest period
• The number of penetration Made
• The number of penetration to do
Test results:
All the parameters and results in memory together with the complete test results may be more than 50.
During the test, even for a very short time, any electrical device stops automatically in case of interruption, the test is aborted and the data obtained so far maintained.
Assay device automatically writes a report at the end of each penetration value in this report shows the time and penetration number of graphics.
The standard format of a separate printer or a USB port in order to connect to the HP protocol is available.
Spare Parts
M2440/E-01 1,13 mm dia. needle for initial setting time test to EN
M2440/A-01 1 mm dia. needle for setting time test to ASTM/AASHTO
M2440/E-02 Plastic mould to EN
M2440/A-02 Plastic mould to ASTM/AASHTO
M2440/03 Glass base plate
M2440/04 Spare base plate for in-water testing kit